Expectations vs reality. Maybe one of life’s biggest disappointments is our expectations of life itself. This is no exception when it comes to travelling. People might describe a city in a certain way, from their own perspective and point of view. Then when you visit you realise that it is nothing like they said. But expectations can work both ways. The outcome could be either positive or negative. We love the positive ones, and although the negative ones cannot be avoided, sometimes they’re funny, even.

In this blog post, we will mention a couple of expectations that we had, and how they were then confronted with travel realities that we faced.

Before deciding where to go, when to leave and what to do, we consulted friends who had embarked on a journey similar to ours. Amongst many things, each one of them reiterated the words “Take the smallest and lightest backpack possible”. However, as good travellers, we decided to go on the internet and do our own research (Read more about it on our blog!). We found that the longevity of our trip requires a 60 ltr backpack. Such backpacks can weigh between 8 - 13kg, depending on the stuff you put in it.

Before leaving home, we were confused about how and what to pack. We felt like our life depended on all our possessions, and we couldn’t really decide on what to take and what to leave behind.

After the first few weeks in India, we quickly realised that under scorching heat and unpaved roads, we could shed off some kgs from our backpacks.

Top Tip: If you are travelling to Southeast Asia and are changing the climate at some point in your trip (e.g. cold to warm weather), do not pack any winter clothes. You should only take a good raincoat/paper jacket with you to protect you from the occasional heavy rainfall and wind, and buy the necessary winter clothes as you go along. Most Southeast Asian countries produce clothes, and cheap garments can be found everywhere.

Fear is a predominant feeling when diving into the unknown. When the unknown subject is Southeast Asia, fear is normally followed by the thought of being scammed.

We decided to do our own research and were suddenly engulfed by a huge wave of content on this subject. We couldn’t let this dissuade us, however, we decided to explore this continent with more caution.

Our expectations were negative this time. We were distrustful of everything and worse, of everyone. So you can understand our surprise when after nearly three months of travelling, we can say that we have been scammed only once without our knowledge.

TIP: Scams can be easily avoided by doing some good research online, and using your common sense on a daily basis. As a good friend once told us, in every place in the world there are good and bad people, no matter race, colour and religion.

Time is our biggest enemy, no matter if you are on holiday or not. When we started planning our trip we were very confused about how much time we would allocate in each country. We realised that we could never see everything, however, we wanted to make sure we got the most of our stay in different countries. We expected to see so much in our time in India, yet we feel that in two months we only skimmed the surface. There will never be enough time to see a country, any country, especially India, a country 10,000 times bigger than our tiny island, Malta.

Another thing that we feel is worth mentioning in relation to time, is that sometimes we plan, let’s say, five days to go round a city and do some sightseeing. When we land in the city, we realise that we’re too exhausted and need to rest. We start taking it slow and before we know it, we would have only a couple days left to explore and see around. Truth is, travelling tires you out. Going from one city to another is exhausting, and so is checking-in to airports to catch flights.

This might be our favourite expectations vs reality point. Like a good advertisement for a cruise ship, the photo would show a model with a pina colada in hand, enjoying the view of the Mediterranean sea before her, undisturbed on a sunbed. We all know that reality is far from that. The two photos below show exactly what we are going on about. 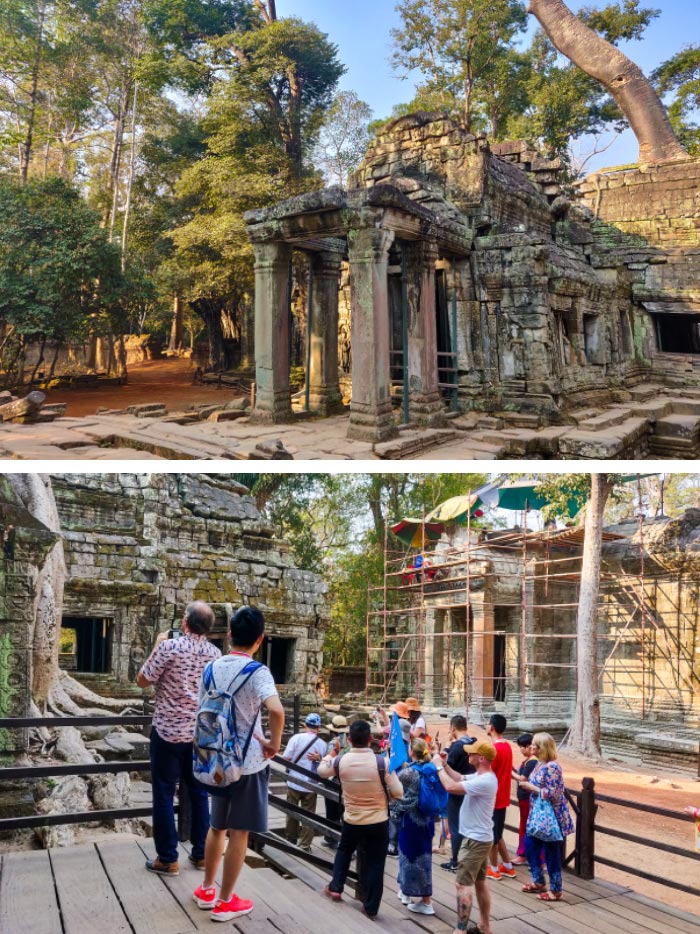 When in Angkor Wat, Cambodia, we realised that even if we were to wake up at 4.30am to be at the temple’s door at 5 am, we would not be alone because other tourists would have had the same idea. Google photos show the most serene of scenes, but it is not the reality. You expect your photos to be awesome Google-standard images, yet the reality is as hilarious, as it is frustrating!

One of the reasons why we wanted to go on this trip was to spend some time for ourselves. We wanted time to think, reflect, come up with new ideas, broaden our perspectives and think about what we really really want to do. We thought that we would have a lot of time alone and started thinking that the travels might get boring, and us, lethargic.

Truth is that it’s rarely just us two. We are talkative, outgoing people, that can turn a smile to a deep conversation. We made new friends from all around the world, who invited us over to their country and promised to visit ours. We now have new friends in Argentina, Germany, the Czech Republic, Cyprus, India, Sri Lanka, Slovakia, and many other countries. This is definitely one of the positive aspects to this expectation vs reality argument!

Before starting our travels, people kept telling us how many rats, cats, dogs, cockroaches, and racoon asses we might have to eat. Well, actually no one ever mentioned racoon bums, but you get our point. Everyone wanted to teach us about the myriad of diseases we might contract, which might give us the shits. After hearing all of these stories, we decided to allocate a part in our backpack to toilet paper. Just in case. 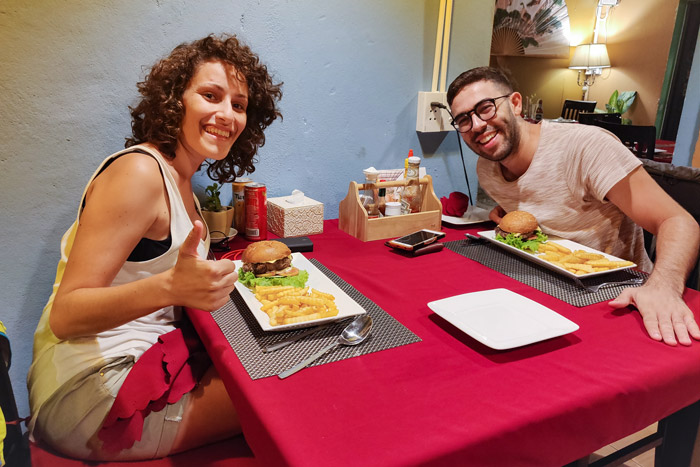 We quickly realised how misinformed people are about the foods found across Southeast Asia. We could have never imagined the world of flavours, smells and sensory experiences which we have been exposed to over the past months. A few notable mentions are India’s curries, Maldivian seafood, Sri Lanka’s hoppers and Vietnam’s Bahn mi and coffee.

We used to find it exhilarating to visit a country without doing any research beforehand. Like watching a movie without watching its trailer. We quickly learnt that this is only okay for movies. Do your homework, search the web, and ask people that already experienced the country for advice. However, keep in mind that your likes and dislikes are not the same as anyone else’s, and you will never experience exactly what others have. If you really want to do it, just do! Once you’re one foot out the door, you’ll never look back.